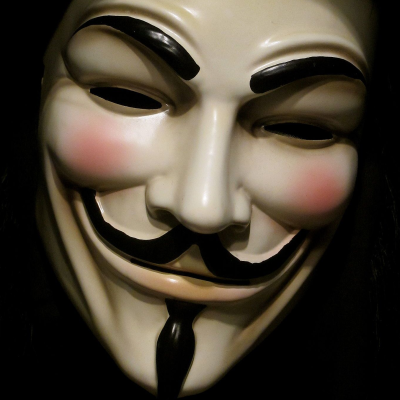 I’m historically not a big book reader, but I love walking into a bookstore (eg. Barnes & Noble in NYC) and reading whatever random book catches my attention.

For me the biggest struggle with getting myself to read has been this feeling of opportunity cost, as if I’m taking time away from doing something more productive. I have a day job, but I’m also working on a side project. Today I put in an intense full workday in my day job (after not getting enough sleep last night), and felt completely drained after work.

I walked into that Barnes & Noble in the evening and picked up “Deep Work” by Cal Newport and “You, Happier” by Daniel Amen.

I’m still haven’t even read half of “Deep Work” but I can already see this is probably a must read for our generation. The basic premise is that we live in an increasingly distracted and competitive world where deep work is getting more and more difficult to do, just as the need for and reward of deep work is getting larger and larger. As the world becomes more competitive and unequal, those able to deep work will reap a disproportionate amount of the benefits while the rest will be rendered obsolete and suffer.

I’ll have much more to say after I finish the book, but in any case the impact is already profound. Yes a lot of this is probably already obvious, but reading the book and its stories further cements it in one’s mind.

I’ve said it before and I’ll say it again – I think short form content like TikTok and Instagram stories are junk food for the mind – breeding ADHD, and is responsible for declining mental health and increasing depression. I’m in NYC now and there’s always some idiot on the subway mindlessly watching this crap on their phone with the volume on, forcing others to participate in their mind lobotomy like secondhand smoke. I would guess that the most intelligent and successful people in the world (the Nobel Prize laureates, most successful entrepreneurs, etc.) aren’t doing this just like they’re also probably not doing heroin and crystal meth (though there might be a few exceptions).

You, Happier by Daniel Amen

The next book I picked up was “You, Happier” by Daniel Amen. My preconceived notion before picking it up was “oh another cheesy book on happiness. I bet it will be lame, but let me take a look to confirm it.” I opened the book up to the different brain types, and was immediately hooked.

I read the descriptions of the brain types, and the “persistent” brain type 3 stood out to me as the one I would probably classify as (sure enough after I got home I took the test and that’s the result I got).

Here’s the summary of Brain Type 3:

Individuals with Brain Type 3 are often take-charge people who won’t take no for an answer. They tend to be strong-willed, tenacious, persistent, and sometimes stubborn. (Sound like you?) They also tend to struggle with worry, have trouble sleeping, and like things to be done a certain way.

Brain Type 3 often has increased activity in the front part of the brain, in an area called the anterior cingulate gyrus (ACG). We think of the ACG as the brain’s gear shifter. It helps people go from thought to thought or move from action to action. The ACG is involved with being mentally flexible and influences your ability to “go with the flow.” When the ACG is overactive, usually due to low levels of serotonin, people can have problems shifting attention, which can make them persist, even when it may not be a good idea for them to do so. People with Brain Type 3 don’t need more stimulation. In fact, caffeine and diet pills tend to make this type worse.

The best strategy to balance Brain Type 3 is to find natural ways to boost serotonin to calm the brain and body.

I ended up skimming probably the whole book. Here were some takeaways:

In the end I didn’t work on my “side project” tonight, but I have absolutely no regrets and really enjoyed getting lost in these random books, expanding my mind, and training my focus. This was basically a practice of me shutting work off in the evening, which given my fatigue was the right move (I actually worked on my side project till 5am last night – hence the fatigue). I’ve got goals for the week and schedule, so as long as I follow that, I’ll be on track. My plan will be to wake up earlier and tackle the side project work first thing in the morning while my brain is sharpest and energy highest before shifting to day job work.

I also notice that practicing focusing, which is what reading a book or even exercising / going to the gym does, makes my brain more centered, sharper, and relaxed. It’ll take a lazy perpetually unsatisfied and restless ADHD-esque brain craving some stupid social media refresh / endless scroll dopamine hit and turn it into a controlled, confident, powerful laser.